In my previous blogs , we have seen how easy is to parse the excel and CSV files using APEX_DATA_PARSER. All options are declarative and easy to use. I have been using this utility for a long time but the use involved with small files. Recently I needed to process and parse a file of nearly 140 MB size, which consists of around 40 columns and half a million rows.

I was using the above query to parse the CSV files data. As I mentioned file has 40 columns and half a million rows which makes it a 140 MB in size. Fetching data from file and inserting into the target table was taking huge time, to be precise it was taking 27 hours to complete. Horrible right! In my investigation I found, if the files size is more than 50 MB then it starts taking longer time to parse. Then I started searching for the best solution in this situation. I found below.

Then use this function in APEX_DATA_PARSER as follows:

After using this I am able to load the file in 12 minutes. Great improvement isn’t it?

Whenever you have file size more than 50 MBs, you should use the DBMS_LOB.CREATETEMPORARY with cache enabled to parse quickly. By using this we can shift LOB locator to memory instead of Disk. 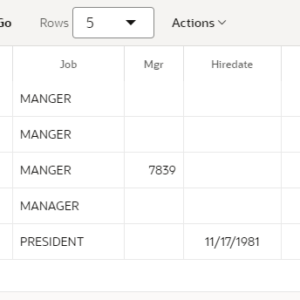 APEX_ITEM is a built-in API that provides many types of input types using SQL queries. We use it for Interactive reports and classic reports. This article is about the checkboxes in APEX reports. Let’s explore the checkbox use case and... Read more

How to Create Bubble Chart Region in Oracle APEX 22.2.0 ?

APEX By Harish Kumar · January 17, 2023 · 1 Comment
1. Sign in to Oracle Application Express by entering the credentials (Workspace, Username and Password).2. On the workspace home page, click the App Builder icon.3. Click on your Application Name in which you want to create a New Page. 4. Click on “Create Page” button. 5. Select Component tab and Select a template for your... Read more

How to Create Combination Chart Region in Oracle APEX 22.2.0 ?

APEX By Harish Kumar · January 16, 2023 · 1 Comment
A combination chart, also known as a combo chart, is a type of chart that combines two or more chart types in a single visualization. This allows you to display multiple types of data in a single chart, making it... Read more

How to create oracle APEX plugins

APEX By Ashish Sahay · January 14, 2023 · 0 Comment
Oracle APEX (Application Express) plugins are custom components that can be added to APEX pages to extend the functionality of the application. To create an APEX plugin, you will need to have an understanding of HTML, CSS, JavaScript, and PL/SQL.... Read more

How to create Scatter Chart Region in Oracle APEX 22.2.0 ?

APEX By Harish Kumar · January 10, 2023 · 1 Comment
A scatter chart is a type of chart that uses Cartesian coordinates to display values for typically two variables for a set of data. The position of each point on the horizontal and vertical axis represents the values of the... Read more 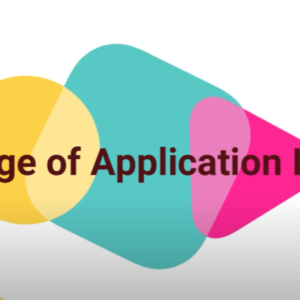 APEX By Harish Kumar · January 7, 2023 · 2 Comments
3. Click on the “Create Page” button in the top menu. 4. Select Component tab and choose the “Charts” option and click on “Next”. 5. Select “Donut Chart” from the Chart Type list. There are several types of charts available, including area charts, bar charts, pie charts, and line charts etc. and... Read more

APEX By Harish Kumar · January 6, 2023 · 2 Comments
A pie chart is a circular statistical graphic, which is divided into slices to illustrate numerical proportion. In a pie chart, the arc length of each slice is proportional to the quantity it represents. Pie charts are very useful for... Read more

APEX By Harish Kumar · January 5, 2023 · 2 Comments
A line chart is a graphical representation of data that changes over time. It is useful for showing trends and patterns in data over a period of time. In a line chart, data points are plotted on a grid and... Read more